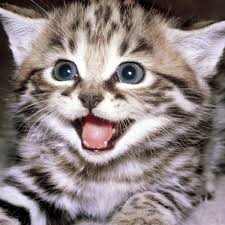 In the last posts, we talked about assessing your scene’s purpose and how it will play if it is put into action. Now, let’s talk about re-writing your paragraphs and sentences to make the scene sparkle.

Writing Tip for Today: What are some revision techniques for polishing a drafted scene?

You’ve heard the adage to “show, don’t tell?” Most of the time, it’s a good thing to remember. Yet if you try to show every last detail of a scene, readers won’t know what to really pay attention to. In general, show the parts you need readers to know and remember. Tell them (or leave out)  stuff that doesn’t matter to the story outcome. For instance, if the scene involves two people ordering food at a restaurant, you’ll likely want to keep the focus (the SHOW) on the story line and the TELL on details that matter little, such as exactly what the people are ordering (unless that’s the point). If we bore readers with inconsequential stuff (examples might include nattering dialogue, what the character does every morning or the many steps needed to get in a car and drive off), we risk losing them.

As the author, you are the story manager. You point the way for readers to notice certain details by showing them acted out. You also help them ignore or skim details that don’t matter. We know you have to put on a seat belt, insert a key and turn the ignition to start a car. The character can simply drive away. Manage your readers well by acting out the story’s important bits (showing) and summarizing or even omitting the details that don’t make a difference (telling).

One of the easiest ways to rewrite is to hunt down passive language and replace with active verbs. Go over a page of a scene and count the was, were, is or are usage. If you find many of these passive verbs, see if some or all might be more active. You might take a passive “was” sentence and turn it into spoken dialogue. You can substitute an active verb.

Perhaps the easiest swap is a simple past tense active verb in place of a “was ing” construction. For a sentence where she was walking, chop off the was and change walking to walked. Voila, your sentence is no longer passive.

A word about was-o-phobia: Like using dialog attributions, some writers are afraid of using was at all. I say, if your character’s voice would use a was or a were, don’t try to force her into speaking in active verbs. You’ll end up sounding stilted and unnatural. In my own self-editing, I do try to revise some of the passive language, but I don’t let it control me and I’m not going to change everything if the was serves a purpose. I think you can be too strict on these things and kill your creativity.

A third way to re-write your scene is to take a look at the modifiers. Adjectives and adverbs are modifiers. They help make a general description more particular—a good thing, mostly. Yet it’s easy to fall into the modifier trap. If you tend to use two modifiers for every noun, the prose will tend toward singsong.Too many modifiers also make sentences long and hard to read. Better to substitute specific nouns.

And if you’ve already told readers something, they don’t like to be reminded in every sentence. I’ve actually read work like this: She went out the door of the house and then locked the house. But she forgot her purse, so she went back into the house to get her purse.

She slammed the door shut with her foot as she hurried off to work. Juggling her latte, she locked the door. Rats! Where was her purse? She fumbled with the key, shoved open the door and ran back inside.

We know she’s talking about the house, so we don’t need a reminder. When we read that she forgot her purse, we can infer she’s going back in to get it. Remember, assume your readers are smart. Write clearly, but don’t repeat info that they already know.