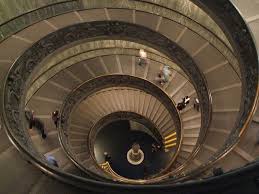 When we last saw Miss Crankypants, we left her  barefoot and in her pajama, standing in the hallway of a nearly empty college dorm. Locked out of her room (and excruciatingly close to cell phone, keys and certain rescue), she immediately dropped to her knees and thanked God she was not just out of the shower and wrapped in only a smallish, cheap towel.  After performing the ritual sacrifice of squashing two bugs that had wandered into the dorm, she paced the miserable thin carpet and weighed her options. Miss CP could:

Naturally, the first two options either didn’t work or else brought on a horrendous backache. In fact, shrieking out the window would’ve been great if any of the windows actually opened. Also, Miss Cranky doesn’t remember ever meeting a floor quite so hard as the one in that hallway.
OPTION #3 seemed to be the only way out. Or IN.
Miss Crankypants walked in circles, putting on her game face, repeating courageous phrases that really sounded more like a bear being chased by a thousand angry bees. She growled. She roared. She even howled at the dark once or twice. She chuffed like a grizzly bear, summoning the bravery needed to keep from falling down 75 million stair steps! Arr! Arr! Arr!
Then, out of nowhere, Miss CP heard one of the dorm room doors creak open. She spun around and there stood one of the conference’s keynote speakers, looking none too happy about being rousted by a howling middle-aged woman.  Keynoter, a follower of the simple life, couldn’t understand why Miss Crankypants insisted on complicating the evening–especially when Keynoter had an early morning plane to catch.
Keynoter was generous, though and immediately called for help (for Miss CP) on her cell phone. Moments later, an automated message (don’t you just love computer-generated voices?) informed us that the call not only could not be completed as dialed, it wouldn’t be completed if we were the last people on earth. Heck, no, the computer voice said, and Miss CP swears it cackled with laughter.
Poor Keynoter, who’d been planning on turning in early, let out an exasperated sigh. Obviously, ONE of us would have to walk down 75 million steps to get help and then walk back up 75 million steps to bring that help to the dorm.
Miss CP bit her nails and paced another 75 mil steps as Keynoter hemmed and hawed. When she finally agreed to a cross-campus pilgrimage to bring help, Miss Crankypants wanted to kiss her feet.
Seventeen and a half minutes later, Key-noter returned with a master key holder. The key holder unlocked the guilty door, and then snickered at Miss CP’s  silly leopard print sleep shorts and funky guy’s T-shirt. The lock down was solved, but Miss CP resolved never to leave any room any where without the key. Or at least the Keynoter.