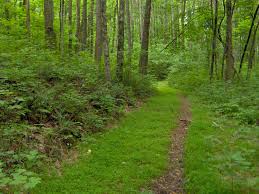 Journalists write lead sentences/paragraphs on a daily basis. They know it’s as crucial as a first introduction to pique the reader’s interest, to get them interested in reading more. What about book-length projects such as novels and memoir?
Writing Tip for Today: How can you write a lead (opening) that not only dazzles the reader, makes him curious and captures her imagination, but also faithfully represents the book as a whole?

6 comments on “See the Forest: Writing a Solid Lead”