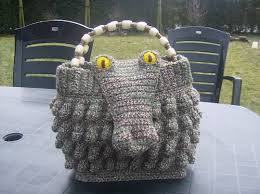 Once upon a time, the size of a woman’s handbag was the key to her age. In her youth, she sported a tiny clutch or one of those string wallets with a jillion tiny pockets.  As she grew into adulthood and motherhood, she got sensible and toted a decent sized tote–in addition to the diaper bag. Then, careening toward middle age and beyond, the size of a woman’s purse was roughly equal to square footage of the Bronx Zoo.
But no more.
The rise of the Buddha bag has thrown the universe out of kilter.
Miss Crankypants observes that dowager humps are showing up on thirteen year-olds. A deformed shoulder? Once the exclusive realm of Richard III, most young gals suffer this cruel malady from the weight of their purses dangling off one shoulder for days at a time. All because they are literally carrying around the kitchen sink. And the bathroom sink, and sometimes even the horse trough.
And these mega-purses aren’t just heavy. They’re shockingly ugly too! Miss CP never thought she’d see the day when a woman would show off a giant purse decorated with giant bows, flowers or other tacky adornment.
Some of these bags are so ugly that alligators probably don’t want their skins back. “That’s OK,” some fashion conscious gator hisses to the latest trend in handbags. “That skin looks so much better on you.”
In the good old days, you could tell who was old by the size of their purse. The older you got, the bigger your bag. Isn’t this where the phrase “old bag” came from?
But now things are hopeless. A twentysomething needs help just to lift her bottomless bag onto her shoulder. Who knew that your grandma’s awful avocado green and harvest gold tote would start a fashion trend? This catch-all, along with her sun visor, rolled down stockings and the foldable shopping basket on wheels now rules the department stores. What’s next, designer hearing aids?
And just who is this Buddha that sells young hip women a purse the size of  Kansas? How did this Buddha convince the masses that they want to walk around town with an aircraft hangar pulling on their shoulders?
This mystery has Miss Crankypants all in a dither. But she refuses to join the over-sized bag crowd.  She’s carried the same handbag for approximately forever, and she does not intend to swap it now. No, no Buddha bags for Miss Cranky. Especially the alligator styles. For all she knows, the rest of the gator is hiding inside, waiting to chomp on the first old bag it sees.